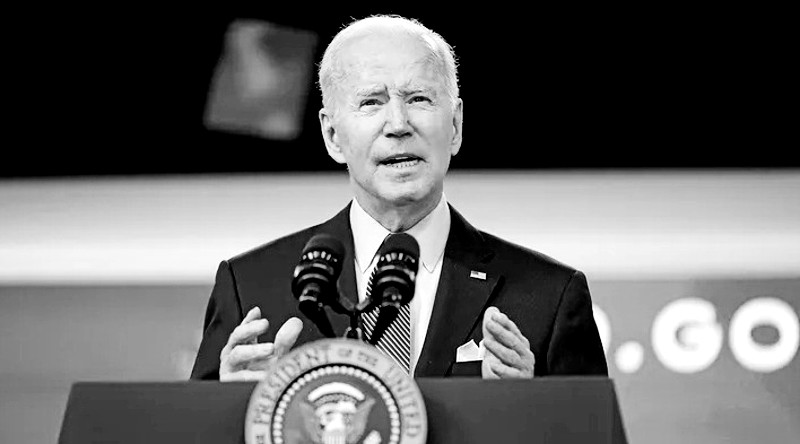 The NRA slammed the Biden administration’s expected new rule (ATF Final Ruling 2021R-05F) cracking down on “ghost guns,” arguing the administration is not “truly sincere” on curbing violent crimes until criminals are put behind bars.

“An administration that’s truly sincere and resolute about curbing violent crime rates would do one thing: take violent criminals off the streets immediately,” the NRA’s managing director of public affairs Andrew Arulanandam told Fox News Digital on Monday. “Yet, the Biden administration allows these criminals who kill and maim with callous and reckless abandon, again and again, to roam the streets of Baltimore, Philadelphia, Chicago, New York, San Francisco and other cities large and small across our country without fear of prosecution and punishment.”

President Biden is slated to unveil gun control measures Monday, specifically cracking down on “ghost guns,” which are privately made and don’t have serial numbers.

The Biden administration plans to reclassify gun kits to qualify as firearms under the Gun Control Act, requiring manufacturers to be licensed and include serial numbers on the kits. Commercial sellers will also be required to run background checks before sales of the kits, according to senior administration officials.

The president is also anticipated to nominate an Obama-era former U.S. attorney from Ohio, Steve Dettelbach, as his pick to lead the Bureau of Alcohol, Tobacco, Firearms and Explosives on Monday.

Arulanandam continued in his remarks to Fox News Digital that “Americans know the lenient bail system and the revolving door justice system supported and perpetrated by the Biden administration and other leaders who support soft-on-criminal policies are the problem.”

“However, today, the president unveils yet another hollow plan that will not stop this violence. His gun control actions will undoubtedly hearten his wealthy gun control supporters. But, this action sends the wrong message to violent criminals, because this “ban” will not affect them. These violent crime sprees will continue unabated until they are arrested, prosecuted and punished,” Arulanandam added.

Other conservatives and Second Amendment advocates have sounded off on the Biden administration’s plan, including Republican Rep. Thomas Massie.

“The Constitution does not authorize the federal government to prevent you from making your own firearm. This a fact that has been recognized for 200+ years. Also, Article 1, Section 1 (literally the first operative sentence in the Constitution) says Congress makes law, not POTUS!” Massie tweeted Sunday.

A White House spokesperson told Fox News Digital Monday that ghost guns are “the weapon of choice for criminals, gangs, and domestic abusers,” noting that they are “easy to obtain and hard to trace when they’re used in a crime.”

“That’s why law enforcement officials from coast to coast have identified ghost guns as a major threat to public safety and a driving force behind the surge in gun crime we see in our communities. Who in their right mind would oppose action to help keep these guns out of the hands of criminals and make it easier for law enforcement to find the shooters when they are used?” Michael Gwin, a White House spokesperson, said.